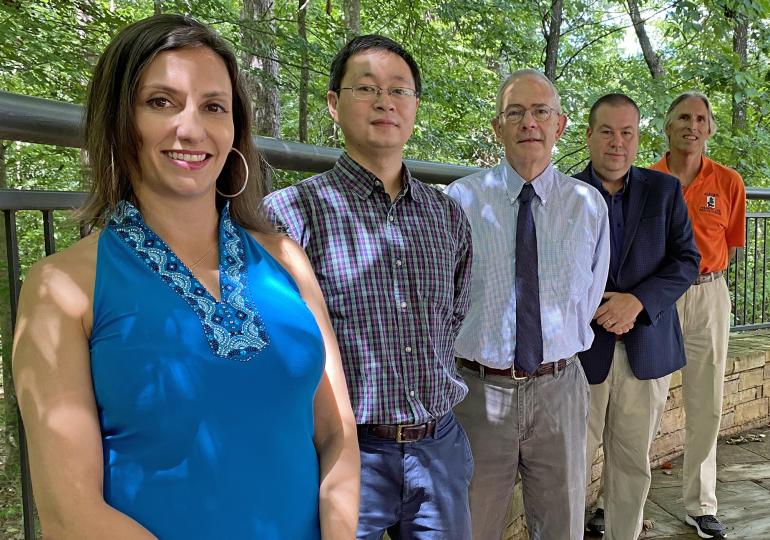 It started with a fierce storm. The idea began when Graeme Lockaby, the Clinton-McClure Professor in the Auburn University’s School of Forestry and Wildlife Sciences, spoke to landowners who were facing the ravages of Hurricane Michael, a Category 5 tropical cyclone that made landfall Oct. 10, 2018. Lockaby learned that the storm obliterated hundreds of millions of dollars’ worth of timber in the Southeast and wondered if some of that ecologic and financial loss could be preventable.

Lockaby and the faculty met with representatives from the office of Brian Keeter, the university’s then-executive director of public affairs, who was supportive of Lockaby’s mission to gather the university’s intellectual resources to prevent the downed timber often rapidly decomposing because of the region’s hot, wet climate and the wet weather that accompanies tropical storms and hurricanes, from simply becoming waste or, worse yet, fuel for wildfires.

“Our work is technical, we’re passionate about it, but it’s difficult to understand if you’re not trained in a specific discipline,” Lockaby says. “Oftentimes people wonder, how relevant is that? Is it going to touch my life? This will clearly touch people who live in those areas.”

Gallagher is developing a new attachment that loggers could borrow — rather than buy — to make collecting the storm-scattered timber easier. This would overcome the harvesting problem created when hurricanes break off, tangle and lay down timber horizontally.

Via is developing methods to use acoustics to measure timber strength and degradation of downed timber as a resource for making cross-laminated timber, or CLT, which is lumber glued together at 90 degrees into three or more layers.

“Stronger timber can be sent for use in structural applications like lumber and CLT, while partially degraded timber might be salvaged into other product areas,” Via says.

Timber rated as “weak” or “degraded” by acoustics will be sent to develop other product streams. For example, Peresin will work with the USDA Forest Products Lab to process partially decayed timber into micro/nanomaterials, or CNMs, which will form the basis of an array of products that will allow harvested downed timber to penetrate large markets. Her team will also upscale CNM production and design bio-based carriers for pesticides and controlled-release nutrients for soil remediation.

“The goals are to maximize the utilization of our renewable natural resources for sustainability and to get the maximum return for the landowners, lowering their loss during natural disasters,” Peng says, who will use good-quality wood fibers from downed timber to develop bio-based composites for value-added applications in a number of commercial applications, including packaging.

The New to the World Solution in the Corrugated Packaging Industry

Linda Casey is the editor-in-chief of BXP.

Beerscans, an Interactive Packaging Concept for Craft Beer Makers, to Debut this Fall

32 of the Best New Packaged Goods Displays for 2021