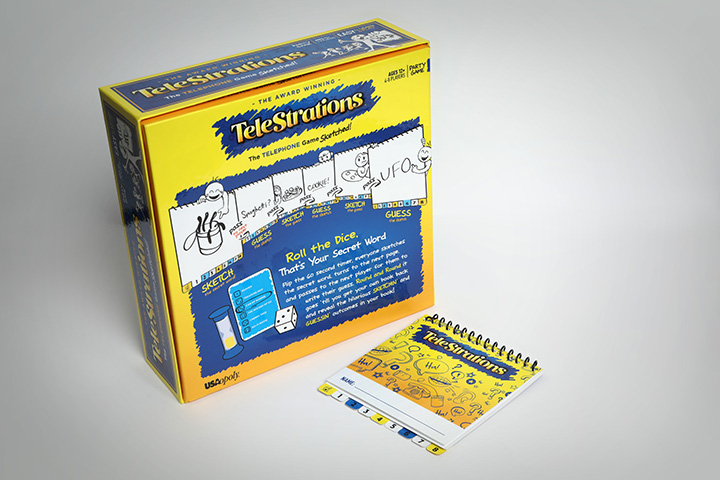 “I like to learn who my client is,” Hector Garcia, founder and brand guardian of MBN Creative, says. “Every client is unique in how they communicate. Although USAopoly provided a great creative brief that I did a deep dive into, I still wanted to start a dialogue. So we stayed close and true to their creative brief initially, but we provided a couple of options.”

An approach appreciated by Tina Harrison, marketing coordinator for USAopoly. “MBN providing such a diverse group of designs from the start was really inspiring for us internally, but also gave them the opportunity to really hone in on what we were looking for,” she remarks.

Jackie Miserany, marketing manager at USAopoly adds, “MBN did a really good job of pushing the design while staying true to our vision. They listened to our feedback when we said there were certain character, color schemes and elements that we wanted to make sure we maintained within the package as part of our brand identity.”

Arlo Hitzemann, creative services brand manager for USAopoly, says, “Both teams took our feedback and implemented the changes spot on. I think MBN came in with more of a step-by-step process.”

MBN’s approach was pragmatic and inspirational. The team took a risk by introducing concepts that fell within the USAopoly’s creative brief guidelines and challenged them.  “There were some that were completely off brand,” Bridgette Reuther, creative services director at USAopoly, explains, “and some that were extremely on brand. Seeing the gamut helped us as a team narrow down the approach.”

The agency also added a prototyping step, early in the process, to review concepts. “What was a nice bonus,” Hitzemann remarks, “is that they sent us a physical mock [donated and created by Caps57] up to check out and really see how the execution with the windows would work.”

Receiving a mock-up early in the process had multiple benefits, Tony Serebriany, director of new product development at USAopoly, explains. “Seeing a physical mock-up also influenced some design feedback because we were able to recognize and fix a problem with the logo,” he notes. “Seeing a flat image on paper versus a physical package is so different. Your perception is different. How the design interacts with the lighting is different.”

The prototype was especially important as the final concept has functional and innovative enhancements. “One of our team members had a phenomenal idea to create a sheet that goes directly underneath the box cover that would take advantage of die cuts on our cover concept,” Garcia explains. “The sheet has multiple illustrations on it, and it could be positioned in any of four ways. Each position shows a different image through the sketchpad die cut.”  This adds visual depth to the packaging and offers product variation without adversely impacting pack-out times or retailers’ merchandising processes.

MBN also kept the dry-erase sketch pads used in the game, but updated the illustrations and primary color to have a more modern feel. Another improvement beyond the package design was the inclusion of a secret word envelope in the sketchpads that prevents players from accidentally seeing the “secret word” during game play.

Finally, the firm wanted to celebrate the 10-year anniversary and the charitable mission with an upscale treatment. Removable gold foil stickers celebrate both, and still lets retailers use the stock in 2020 and beyond.

“We knew it had to be special,” Garcia says. “Gold foil is something that would stand out. It would catch your eye when you walked by, and the light would shine on it.” 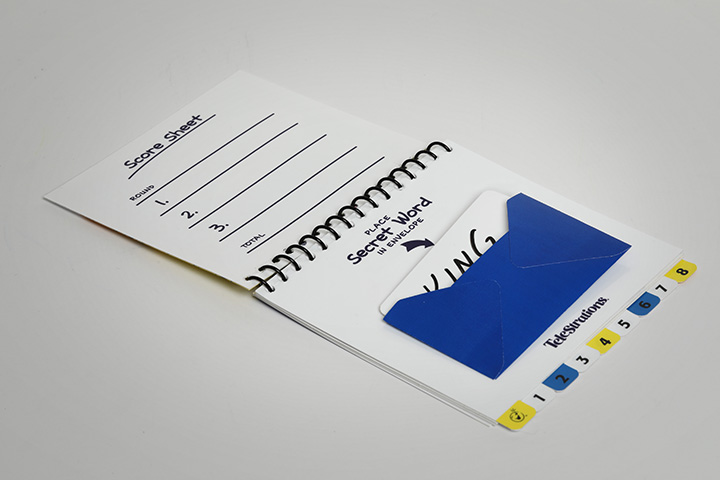 The charitable aspect of the project is as important to MBN as it is to USAopoly and Operation Smile. “We don’t wave a charity flag, but it’s important to us,” Garcia remarks. “It’s part of our culture to jump into action when we see a need.”

You can cast your vote now for MBN Creative’s concept at www.bxpmagazine.com/moc-2018. The agency with the most votes wins the challenge and will be featured in the 2018 Annual Awards issue and invited to the 2019 BXP Live conference.

Advertisement
Related Topics:BrandingDesignInnovationMakeover ChallengeMarketingPackage DesignPackaging
click to Comment(Comment)
Up Next

June 2020 Webinar: Branding with Ferocity – Thinking Like an Indie Brand

Get the most important news
and business ideas from BXP Magazine.