PRIOR TO JOINING Wana Brands as its new marketing officer, Joe Hodas already had an impressive resume. He served as chief operating officer of General Cannabis Corporation, chief marketing officer at Dixie Elixirs, and senior director of corporate communications and investor relations at Frontier Airlines, in addition to roles at Ogilvy Public Relations, Consumer Capital Partners and more. Looking back on his career, Hodas has the clarity to identify behaviors that led to his success and will power future wins.

“If I could go into a time machine and share insights I’ve learned as a cannabis marketer to myself in my earlier roles,” Hodas shares. “I would advise myself to jump on the data train and learn how to leverage data on a deep level—to really understand data, how to access it and what it means. I also would give myself permission to take more risks.”

Hodas might advise his younger self to take more risks, but as one of the early pioneers in the legalized cannabis industry, he clearly isn’t risk-averse. Part of Hodas’ ability to take on risks comes from the strong partnership Hodas has with his wife. “We have a very good relationship,” Hodas explains. “When I feel strongly about something like I did with moving to the legalized cannabis industry, she would want to learn more. Once my wife understood my reasons, she was supportive. I know that I can depend on my wife for her trust and support. The family members who were upset about the idea were my boys. At the time, I had an 11-year-old boy, a 9-year-old boy and my daughter was either three or four. My boys were beside themselves because they had learned that drugs are bad for people. It was heart-wrenching for me to see my kids so upset. As a parent though, I needed to hear them out, but remember that I was the adult and not take career advice from an 11-year-old. Now that they’re 18 and 16, respectively, they fully understand what I was doing, why I was doing it, and they understand it well beyond just the product capacity, but they understand the social change. That’s something we’ll need to talk about later, the necessary movement away from the war on drugs.”

“There was a lack of real consumer data in the cannabis space,” Hodas explains, “but that’s changing.” Shortly after Hodas started at Dixie in 2014, BDS Analytics (BDSA) previewed its data platform to the Dixie team. Hodas recalls, “Fast forward to today, and BDSA is one of the top data providers that covers multiple markets. It’s a great tool that I use to look at historic data because it’s a month delayed. I know the data I am viewing is recent when I look for what the top selling product was and what the top-selling categories were.” The platform, which is developed specifically for the cannabinoids market, includes Retail Sales Tracking, Consumer Insights and Industry Intelligence, all powered by BDSA’s GreenEdge technology.

“Right now, the cannabis industry is experiencing its second renaissance of data technology,” Hodas says. “We have companies like ZolTrain, creating a rich text platform that allows marketers deeper information and deeper links back to our products through an SMS platform. I can also tap technology called Sparkplug from a company called Best in Grow that allows me to track budtender incentives because budtenders still play a vital role in our go-to-market strategy even as the pandemic has us pivoting to deliver more B2C messaging. What I’m doing is using a variety of these technologies and creating a patchwork or my own back-end dashboard that lets our team at Wana look at each of these data sets individually, create KPIs and track against them. It’s a great time of experimentation.”

“When I was at Dixie, I joined during the first week of adult-use legalization in Colorado,” Hodas recalls. “We were just in the middle of shifting our packaging because regulations for packaging has changed. And it didn’t stop there. Three more times during my tenure at Dixie required us to redesign our packaging. Despite all that change, we did something at Dixie that was innovative for its time. We looked at packaging as the contract with the consumer because the typical consumer, back then, would walk into the store and have no idea about the products. There was and is a budtender to help shoppers, but shoppers also need to be able to look at the packaging and understand something about the company. We understood that investing in packaging, even when it needs to be reworked often, helps the shopper understand which products are high quality. Shoppers could see quality package design and feel confident that this is a company that makes a good product because they care about all parts of the experience.

“Over the last seven years, the cannabis industry has become more sophisticated,” Hodas continues. “Good packaging is table stakes for any cannabis brand. Not only good packaging in how it looks but how it performs. For example, at Wana, we use Calyx containers because they are child-resistant, opaque and functional in retail environments because Calyx containers are stackable. These containers work in more than 90% of our markets. Granted it’s not exactly the same packaging because in Maryland, the graphic design on our labels has to be completely subdued. We can’t even show fruit on it. In Colorado, our label design can deliver a more expressive experience full of color and show fruit imagery to better communicate what’s inside the package to the consumer.

“It’s a constant need for cannabis brands,” Hodas says. “Updating labeling and packaging is a constant action item on our marketing calendars because regulatory changes need to happen across all SKUs when those regulations are introduced, and each state has different regulations.”

Despite all the challenges of the tumultuous cannabis market, Hodas is grateful for the opportunity afforded him by the pioneers who paved the way to legalization. He says, “ I wasn’t involved with cannabis 20 years ago when there were people under the Compassionate Care Act, providing service to patients in need, and when there were people being arrested for doing much of the same thing that I’m making money doing and enjoying. I think it’s important to recognize this, and I’ve only really begun to embrace that kind of language with people because I understand that I have the ability to be here working in legalized cannabis, much to thanks of those people who lay the groundwork, many of whom are still in prison.

“I also understand that 70% to 80% of most marijuana possession incarcerations are people of color, which is not representative of the entirety of people who consume cannabis by any means,” Hodas says. “Many will point out that the legalized cannabis industry is predominantly led by white males. I’m a white guy, and I recognize this hypocrisy, but I also am hoping to be part of the change. I love working for Wana because it’s a woman-owned business. Nancy Whiteman is our CEO and founder, and I’m excited to see that the industry including the cannabis regulators are putting a greater focus on providing opportunities for people of color, including some states that have moved into awarding licenses based on social equality.” 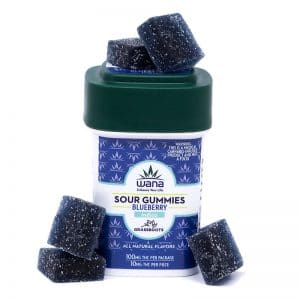 Linda Casey is the editor-in-chief of BXP.

The new design features the diamond-shaped, orange Stewart’s logo front and center, along with the tagline “Iconic Just Got Spiked."
https://www.bxpmagazine.com/stewarts-spiked-seltzer-launches-new-look-packaging/