Getty Images research shows that 8 in 10 people expect companies to be consistently committed to inclusivity and diversity in their advertising.

Commit to Inclusivity and Diversity

Research released by Getty Images found that nearly 80% of shoppers expect brands to do a better job at representing people’s lifestyles and cultures. The findings, which are part of research for Visual GPS completed in conjunction with global market research firm YouGov, also showed that 63% of shoppers prefer to buy brands that are founded by or represent people like themselves. These results hold steady across generations and gender, with only modest differences across global regions. Additional findings around bias and discrimination include:

57% of respondents in North America say they experience discrimination based on the color of their skin, compared to Europe and APAC.

The company also has created an Inclusive Visual Search Guide designed to assist brands in making intentional content choices that drive authentic and inclusive representation in visual communication. The guide can be downloaded from bxpmagazine.com.

Inclusive Haircare Brands to Grow in 2021

The majority (56%) of U.S. adults do not have a straight hair texture, according to global research firm Mintel, and when it comes to products available for consumers with wavy, curly or coiled textured hair, options are limited.

Andrew McDougall, global beauty and personal care analyst, Mintel, notes, “Hair diversity needs to be a key focus for haircare brands in 2021. Despite the presence of Black-owned haircare brands targeting those with coily or curly hair, bigger brands have been slow to create products for this market and face difficulties with authenticity perceptions. Just as in skincare and color cosmetics, consumers are demanding a wider variety of haircare products for different hair textures.”

Mintel research shows that consumers do not always have the advanced skills needed to recreate certain hairstyles as well as a professional stylist. With 68% of Black Americans describing their skill levels at using hair products as basic or intermediate, there is an opportunity for brands to help bridge the gap between skill and confidence when it comes to creating the right look. This compares to less than half (46%) who feel confident about their abilities.

“For many, hair is more than just a style statement, it is a key part of their identity,” McDougall says. “Brands need to recognize the specific needs of consumers with, for example, curly or Afro-textured hair and validate the motivation behind the look. In turn, they will become a trusted source to help consumers achieve their desired look.” 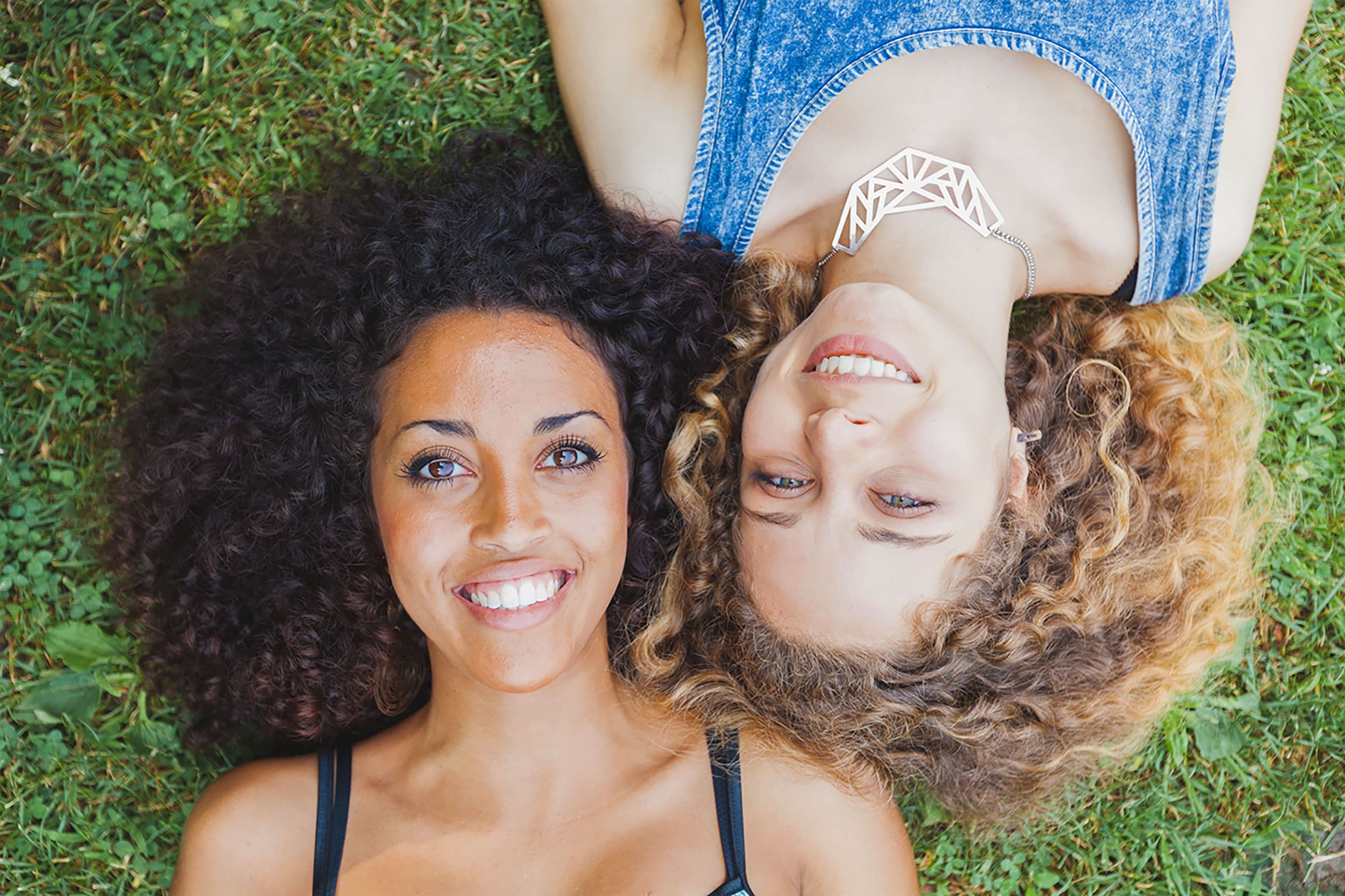 Increased interest in overall wellbeing has many consumers paying closer attention to their hair health as they opt for natural hairstyles and the products that support them. Indeed, one in three (34%) Brazilian women describe their current hairstyle as “natural,” i.e.., without coloring or treatment, while almost nine in 10 (88%) Black American women think health is the ultimate beauty accessory. But more needs to be done here; curly- and coily-textured hair is very fragile, and 58% of Black American women agree that not everyone can wear natural hairstyles as a result.

“One opportunity brands can act on now to help those with wavy or curly hair embrace a natural look is to stop the narrative that curly hair presents a problem” concludes McDougall. “There are still issues around the stereotype that curly textures are ‘difficult.’ And while some brands are beginning to challenge this, more needs to be done to relieve the pressure women feel to constantly control their hair.”

Elliot Page and Emma Portner attend the Tales of the City New York premiere at Metrograph on June 4, 2019. Page came out as transgender in December 2020.

Rethink Your Brand’s Approach to Gender

The vast majority (67%) of Americans, regardless of whether they identify as transgender, non-binary or cisgender, consider their gender to be a crucial part of their identities. However, 29% of Americans have felt personally limited by gender norms and stereotypes, rising to half (49%) of LGBQT+ consumers.

“While the majority of Americans personally identify as male or female, more people are coming to accept the gender spectrum model that supports fluid and non-binary gender identification,” says Lisa Dubina, senior analyst. “The widespread awareness and acceptance among these segments indicate that this shift in the concept of gender is an enduring change rather than a fleeting fad. As the gender spectrum paradigm becomes more mainstream, brands must understand this framework and how it impacts the gender identity and expression of all consumers.”

Mintel research highlights the growing attention and appeal for gender-neutral and gender-fluid products. Nearly a third (31%) of consumers say they like to experiment with personal care products created for different genders, rising to more than half of (52%) Millennials. Meanwhile, a quarter (24%) of Americans do not like to use products designed specifically for their gender.

Although less than two in five (37%) consumers say they would be interested in buying gender-neutral clothes for themselves, more than half (53%) of parents say they would be interested in gender-neutral clothing for their children. This comes as just over half (51%) of consumers say they like—rather than dislike—seeing brands explore gender bending, a sentiment that jumps to 74% among LGBTQ+ consumers.

“Brands have an opportunity to expand upon the gender-neutral product offerings currently available,” Dubina adds. “Given the growing interest in gender bending among both LGBTQ+ consumers and the general population, brands should explore genderless lines that celebrate the fluidity of gender.”

Sustainability-Marketed Brands Are More Than Survivors

BXP elevates the value of innovative and collaborative brand package design as a strategic business competence across the omni-channel path to purchase, to ultimately help consumer facing and retail brands deliver more relevant experiences that connect with shoppers, win at shelf, own the moment of sale and maximize brand loyalty.

The new design features the diamond-shaped, orange Stewart’s logo front and center, along with the tagline “Iconic Just Got Spiked."
https://www.bxpmagazine.com/stewarts-spiked-seltzer-launches-new-look-packaging/